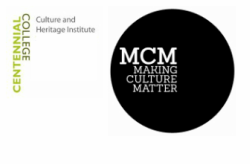 Chris Lorway has over 20 years of experience in the arts and cultural sector. He has worked on major cultural development initiatives as a Senior Consultant at AEA Consulting. Projects included Thundering Hooves (a study for the Edinburgh Festivals on how to remain competitive in a growing global festival marketplace), Jazz at Lincoln Center (market research and operations planning for JALC’s new home at Lincoln Center) and Bring New Orleans Back (a study examining how culture could be used as a catalyst to rebuild a major American city).

Chris has also worked on a number of major international festivals including the Lincoln Center Festival, The New Yorker Festival and as part of the founding team of the Celtic Colours International Festival in Nova Scotia, Canada. Chris holds a Master of Art in Arts Administration from Columbia University, and a Bachelor of Music Education from University of Western Ontario. He has guest lectured at University of Toronto, Columbia University, NYU, OCAD and Humber College and is a regular lecturer on financial modeling for the Clore Duffield Leadership Programme in the UK and Hong Kong.

Chris Lorway has recently joined Lord Cultural Resources after five seasons as the founding Artistic Director of the Luminato Festival in Toronto where he shaped and implemented the festival’s artistic vision and program.